Explore the emerging elements of the Black psychedelic impulse and how the arts began to play an effective role in uprooting presumptions of the institutions of the day. “Awakenings” is the first of three panel discussions in the series “Psychedelic Soul,” presented by the Museum of the African Diaspora (MoAD) and the California Historical Society.

- R.G. Davis founded and directed the SF Mime Troup in the radical years 1964-1970. The original Commedia dell’arte productions free in the Bay Area parks put the SFMT in the public arena. In that period Davis and Saul Landau wrote the famous “Minstrel Show or Civil Rights in a Cracker Barrel.” Explorations and rehearsals took 8 months. Directed by Davis it opened June 1965 and played for two years with multiple successes, across the US and Canada along with a few arrests and court cases. In the 70s Davis founded and directed Epic West, Center for the study of Bertolt Brecht and Epic Theatre in Berkeley, 1975-1980. He later went on to teach directing at NYU’s Graduate program. In those years he also directed productions of Dario Fo’s plays in Toronto, N.Y. City, Vancouver, Los Angeles and San Francisco. In the 1990s he returned to the Universities to study ecology and the sciences in order to change focus to ecological sciences receiving a PhD with a Dissertation on “Ecological Aesthetics.” Subsequently he has been to Cuba surveying agroecological and organic farming practices and will return this summer to deliver a paper on the subject Ecological Socialist Aesthetics at Instituto de Filosofia in Havana.

Lewis Watts - Mr. Watts is a photographer and archivist/curator and Professor of Art at UC Santa Cruz. He has been teaching photography at UCSC and UC Berkeley since 1978. He is co-author, along with Elizabeth Pepin, of Harlem of the West, a comprehensive look at the Fillmore district, a thriving, musically rich, predominantly African American community in San Francisco during and shortly after WWII. The 2008 publication has been revised & expanded and a new edition of Harlem of the West is out this year.

Rodger Collins is a gifted, unique, soul and R&B performer, recording artist, and musician that has been writing and recording since the late 1950's. The Texas born guitarist and songwriter moved to San Francisco, CA in the early 1950's and won a four year scholarship to the Actor's Lab in San Francisco. There, Collins studied acting under Mara Alexander Gilbert where he developed many valuable entertaining techniques. Collins applied what he learned from acting to his work as a singer, writer and performer.

In 1966, his classic single, "She's Looking Good" reached the number one spot on the pop and R&B charts and was covered by Wilson Pickett who scored another huge hit from Collins' original song. David Lee Roth of Canned Heat, Howling Wolf, Tyrone Davis and many other artists also recorded the Collins' classic hit. The world famous Lawrence Welk himself even once sung it on the well known televised program, The Lawrence Welk Show. Collins scored another smash hit in 1970 titled, "Foxy Girls in Oakland" which has been a resurgent favorite in today’s dance club scene. The same year, Collins also had a hit in Europe on England's Northern Soul titled "Sexy Sugar Plum".

Moderated by Rickey Vincent, author of Party Music and lecturer at UC Berkeley and California College of the Arts.

MoAD Members: Remember to use the Promo Code Psychedelic Soul at check out. When you on the Check Out page you will see the Promo Code box at the top right corner. Type in the code, press submit, and see your updated pricing!

Psychedelic Soul will engage with the community over three encounters. These panel discussions examine the scope and breadth of the influence of the Summer of Love on the African American community.

The second event in the series, Encounter 2: Aspirations of 1967, will be held July 13 at 6:30PM at the California Historical Society. Find that event here . 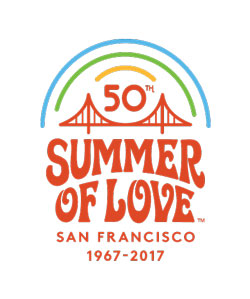 We're sorry, pre-sale tickets are no longer available for this event. Tickets will be available at the door.

Please contact us for assistance and to get up-to-the-minute ticket availability information.

There was an unknown error while attempting to reserve your seats.
If you find this message in error, please check your reservation request and try again.
This field is required.
The amount must be greater
Please enter a number that contains a decimal (XX.XX).